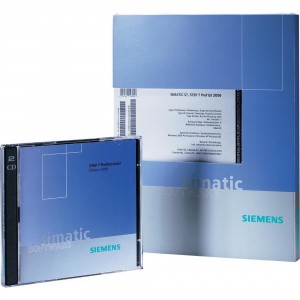 STEP 7 is the standard software package used for configuring and programming SIMATIC programmable logic controllers. It is part of the SIMATIC industry software. There are the following versions of the STEP 7 Standard package:

The SIMATIC programming languages integrated in STEP 7 are compliant with

EN 61131-3. The standard package matches the graphic and object oriented

operating philosophy of Windows and runs under the operating system MS

Windows 95/98, MS Windows Millenium (as of now referred to as Windows Me),

MS Windows NT 4.0 Workstation (as of now referred to as Windows NT),

as MS Windows XP Professional (as of now referred to as Windows XP).

Functions of the standard package

The standard software supports you in all phases of the creation process of an automation task, such as:

The STEP 7 software user interface has been designed to meet the latest state-of-the-art ergonomics and makes it easy for you to get started. The documentation for the STEP 7 software product provides all the information online in the online Help and in electronic manuals in PDF format.

The STEP 7 Standard package provides a series of applications (tools) within the software:

You do not need to open the tools separately; they are started automatically whenyou select the corresponding function or open an object.